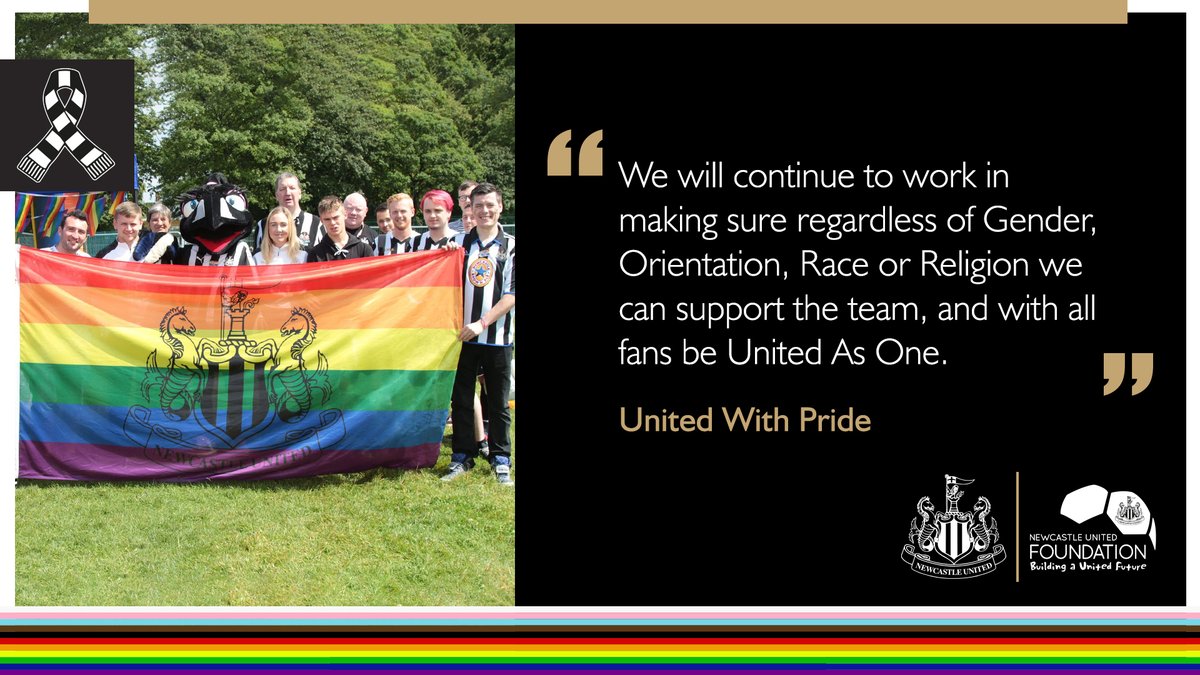 More than one hundred inspirational Newcastle United Foundation participants from all areas of the charity’s community have taken the opportunity of a lifetime to play on the pitch at St. James’ Park.

The incredible experience at the home of Newcastle United brought together community members of all ages, abilities, backgrounds, faiths and races who are all connected by a passion for football and their pride in the Magpies.

Following in the footsteps of their heroes, the Foundation’s Premier League Kicks girls squad, Disability Football Clubs, Street Footballers, Walking Footballers, Newcastle Panthers and BTEC scholars all walked out onto the pitch in a moving moment for participants and charity staff alike.

The unique experience was made possible by Barclays, official Banking Partners of the Premier League, reflecting their commitment to creating opportunities within football and making sport truly accessible for all.

Extra surprises were arranged for players on the day with Washington-born PGMOL referee Rebecca Welch – the first woman to referee an English Football League game – officiating play at the event.

And the official Premier League Trophy was also displayed pitchside at St. James’ Park, with participants able to take pictures with the iconic cup.

Steve Beharall, Head of Newcastle United Foundation, said: “We are incredibly pleased to see everyone here making memories to last a lifetime.

“Only a handful of people ever make into professional football and even fewer will make it the elite level of the Premier League – it’s incredible to give everyone a chance to play in the same stadiums as their idols and to play alongside their friends and teammates.”

He added: “We are incredibly grateful for the continued support of the Premier League and their partners, Barclays, for providing this unforgettable opportunity to boost some of our most inspirational participants after such a tough year for everyone.”

Those playing at the event represented a number of Newcastle United Foundation programmes and reflected the charity’s work with all aspects of North East communities.

Ebony, a Premier League Kicks girls squad participant from Newcastle who is now progressing through girls’ talent pathways with England, was one of the

She said: “Playing at St. James’ Park feels like a dream. It’s so good that our whole team is here and we can all play on the pitch together.”

She added: “I first got involved with Newcastle United Foundation at an anti-knife crime session for kids in my area, then I found out about Kicks and free football every week that I could go to with my friends.

“I’ve been playing for about two and a half years now and I love it. I get to meet so many different people in the community and to have fun and play football.”

Each group enjoyed 30 minutes of play, using the full pitch or half the field, ending with a final game between Newcastle Panthers – the North East’s only LGBTQI+ friendly football team – and the Foundation’s BTEC scholars who play in a national league while earning qualifications.

Liam Hamilton, from Darlington, who plays for the Panthers, said: “This has been an absolutely unforgettable experience for the whole team and the entire day was simply unbelievable.

“We believe we’re the first ever LGBT+ football team to play a Premier League football ground and that means the world to us. The support of the Foundation has been incredible and we can’t thank them enough for giving us this opportunity.”

Tom Corbett, Barclays Head of Sponsorship, said: “The last year has been the most difficult that most of us can remember. Watching football on TV has done much to keep our spirits up but actually getting out and playing again is what many of us have been dreaming about.

“We are lucky enough to have play on pitch opportunities at clubs through our Banking Partnership with the Premier League and giving them to the community to use as lockdown eased was by far the best way to use them.

“When we approached Newcastle to offer the experience to local kids and young people they jumped at the chance, and in a matter of days they have organised a great day that many young people across Newcastle will never forget.”